Everything is Connected: Rhiannon Giddens 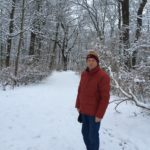 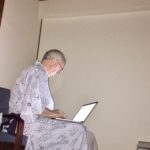 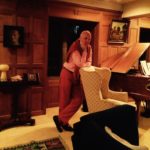 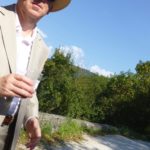 From The Uncle Travelling Paul Collection: For winter in Berlin, a Spring Manor House party in England, a Summer wedding in Italy, Cherry Blossom season in Hiroshima

My husband, known in the family as “Uncle Travelling Paul” has a large wardrobe.  In fact, he has three.  He is a man for all seasons, with clothing to match. (“There is no such thing as bad weather, just unsuitable clothing” [Billy Connolly.])  He has shirts and jeans and jackets for every occasion, every time zone from Iqaluit in the Arctic to the United Arab Emirates, through edgy Berlin, west to the French Alps and onwards to the ‘soft’ rain of Ireland, Boston and California, over to Japan and down through Taipei to the Antipodes.  We went to the Antarctic and, in preparation, had a ball in Patagonia (the shop. The place was just like Ireland with longer roads, spikier peaks and fewer pubs.) 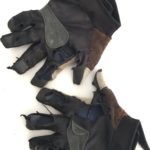 Himself keeps his everything meticulously, colour-coded and folded and hung, with cedar shoe horns in his footwear. But Uncle Travelling Paul is not precious (except to me.) These are his work gloves. He wears much-patched and darned jeans in the garden (thanks, patcha wife,) with ancient, threadbare, freebie Air France t-shirts and around the house, sweat shirts reading “Crocodile Hunter” and “What are You Going To Make Today?”

When we were living in Cork –  so close to the University the Daughter would get up at 8.45 for 9.00 lectures – several of our nieces and nephews passed through the same gates (albiet more promptly than their cousin.)  They would call in to us if they were broke, sick, sore or sorry, or if there was a gathering. Nephew Sam came down from Limerick and shared a flat locally with his school friend Mike Laffan. Mike was studying Music.  The lads “sauntered, played and rioted, talked/Unprofitable talk at morning hours, /Drifted about along the streets and walks, /Read lazily in lazy books”.  Add to that, music. 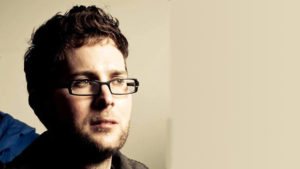 Sam’s ambitions fluctuated between being an astrophysicist and a rock star (he has become the latter, in his own quiet way, amid the barking of the seals.) They did their finals –  Sam a B.A., Mike a B. Mus – and then it was graduation day.  Sam, who never owned a necktie nor a suit in his young life, wanted to be conferred wearing bashed Converse runners, old jeans and a faded t-shirt.  I pleaded that his Ma, his Da and most importantly his grandmother, would be there with him in the Aula Maxima and just for her, in the halls where his grandfather had taught, for the photographs for the future, that he should dress for the occasion.

Sam came up the road from his flat to our house and I dressed him in items from the Uncle Travelling Paul Collection of – probably – 1997?   He looked splendid, but refused to admire himself in a mirror in such garb, and insisted on wearing the battered Converse runners.

Sam and Mike were leaving Cork for the big world outside UCC. Neither had a stitch to wear, but Mike was the only one to care. Another item from the UTPC S/S 97 Collection was brought out with him in mind. Wouldn’t he be gorgeous in the suit UTP had bought in Macy’s New York for the Cannes Television Festival? It was a blue and white seersucker suit and suited pale Celtic Mike well and, I argued, after all, he was going to North America to pursue his studies in music and he would be performing and he needed something….well, something Gatsbyesque.  (Got my disciplines, my climates and my geography wrong, but not, I reckon, my man….  Incidentally, watching the documentary “The Centre Cannot Hold” on Joan Didion recently, when speaking of her on camera, her friend the writer and academic Hilton Als was wearing the EXACT same suit! ) 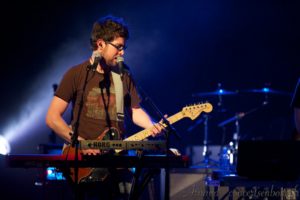 And so, The Lads found their own lives and loves and houses. Sam ended up in Edinburgh and the band North Atlantic Oscillation (or “Sam’s Orchestra” as his grandmother used to call it) and his own sound, Sand. Mike ended up in North Carolina and hooked up with the string trio The Carolina Chocolate Drops.  At a recording session in France, he had met their lead and co-founder Rhiannon Giddens and the couple married in 2007. 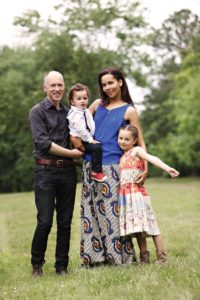 Rhiannon Giddens grew up in Greensboro North Carolina, in a family of a mixed race, culture and musical roots and traditions more complicated than the loyalties to musical genres displayed between such disparate tribes as those of the North Sides and South Sides of Cork city. The girl absorbed the styles and stories by osmosis and when she left high school, though unable to read music, was accepted into the famed Oberlin College, the oldest conservatory in the United States, to study opera singing. 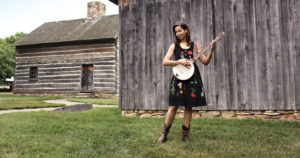 The high drama of opera was not, however, for Ms Giddens. On graduation, she returned home and listening to relatives and records, expanded her repertoire of the ‘folksy’ and ‘old time’ genres which interested her more than opera. She began to learn Irish and Scottish ballads. Along with ‘white folk’s’ songs, Rhiannon took up the banjo and fiddle and began to explore how African, Scottish and Irish music had merged and melded. Her inability to understand Scots Gaelic and the Irish language of titles and lyrics was a frustration. 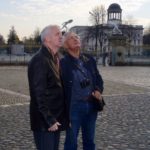 When I would ask my brother Michael, Sam’s father, for news of Sam and his friends, Michael told me of how Mike Laffan had married an American woman, had two children and had bought a house in County Limerick to be close to family. When (brother) Michael  visited them, he would read  ancient Irish legends to little Aoife and Caoimhín and despite spending half their year in North Carolina and half in Ireland (attending an exclusively Irish speaking school, or ‘Gaelscoil’ the better to be immersed in Irish culture) Michael was delighted at how the children retained, from year to year, the names and and magical deeds of the Celtic heroes.

Then, during the Obama years, my niece posted a ‘photo of Mike and Rhiannon with President Barack and Michelle Obama at the White House, where the Carolina Chocolate Drops had been invited to perform. We like that kind of music – Barack and Michelle, Paul and I.  I love bluegrass and slide guitar and talking blues and Appalachian banjo picking, the British ballads – the likes of Steeleye Span – the social commentary of famous Irish musicians and the songwriters of my time and place….from Con Fada’s “….their arses in the air playing pool” to Mick McConnell’s “The Ballad of Lidl and Aldi” and – whatever about the Obamas – Paul and I  also like Country and Western. 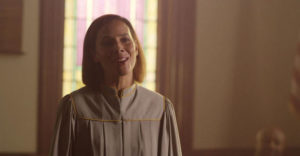 Then, (OK, no spoilers) I read that a Grammy Award winner, one Rhiannon Giddens was being introduced as a major character in one of our favourite excruciatingly awful television drama series “Nashville.”  We watched, entranced, for we knew her name and her background, but not her voice. She was playing a holier than thou (or them) church choir member and she was gorgeous. Her voice was gorgeous. She eclipsed the lot of them.

My heart is a-shakin’ with an old, old song. I, who was once a hippie and a groupie (well, manager’s girlfriend) and rattled around the Wild Atlantic Ways hitching rides to music festivals and around Ireland and England in VW Beetles and old vans with psychedelic céilí bands, can no longer call myself a ‘Fan Girl’…..’Fan Gran’ is more like it.

I am a Fan Gran feeling so, so, impressed by the young people of today, whose depth and scholarship and seriousness and sense of responsibility to the wrongs done race and gender wildly outweigh all the posturing and poetry, the flamboyant colours and avowals of freedom of my ‘peace and love man’ generation, despite its golden era of protest songs.

The album “Freedom Highway” is a Songline map through the last two centuries of American history, highlighting connections in the nation’s social, political and cultural history. Weaving hip-hop, gospel and modern spiritual, Dixiland jazz, ballads and rhythm and blues, its playlist is made up of original compositions and covers of old and older numbers including the title track, which is taken from the Staples Singers Civil Rights anthem of 1965.  As one reviewer put it: “Here is timeless, striking proof that what was once worth protesting in song 200 years ago remains every bit as vital today.” The narrative songs, often in a predominantly acoustic arrangement, are sung with the aching depth of feeling of a mother and often through the intimacy of a mother’s voice, a slave’s voice.

Rhiannon Giddens is now aged 40, has been immersed in roots music for 10 years and already has a long list of recognitions, Grammys and American Music Association Awards. In October she was one of those named in the 2017 the MacArthur Foundation as a ‘Genius ‘ (therefore the first ever official genius banjo player) in recognition of her exploration of African American history and culture through music. The McArthur Foundation Fellowship allows a $625,000 ‘no strings attached’ grant paid out over five years.

In a telephone interview with Randy Lewis of the LA Times on the announcement of the Fellowship, Rhiannon Giddens cited The Wilmington Massacre, a historical incident from her native North Carolina, as one of the creative avenues she wants to explore, and which the grant will make possible. In 1898, white supremacists carried out a political coup in the black-majority city of Wilmington and destroyed the community’s African American-owned newspaper, prompting thousands of black residents to flee their homes. “There are a lot of parallels to what’s happening today,” she said. “I think the main point of bringing these pieces of history up is connecting them to now. If you can’t do that, it’s pointless.”

She told Lewis: “In the commercial music world, the folk world, we sell records and concert tickets — this is the way I make a living,” she said. “You go out, you make your art and hopefully people will put their money down for it. But it’s getting hard. I have to be on the road so much to keep the lights on. I love being on the road and I love my band, but also need to be with my kids more and I need to be creating more.”

As for selling concert tickets and Rhiannon Giddens making a living, this remarkable woman, musician, mother, historian, entertainer, knitter, is currently on tour in Europe.  On Saturday November 25th at 7.00 she plays the wonderful Vicar Street venue in Dublin. Desolé I am, to be currently in the wrong hemisphere, but I am warmed that such as Rhiannon Giddens inhabit this world.  We need superwomen, noble fighters, genius banjo players, the gifts of second hand clothes, music, inspiration, cultural connection, joy, nurturers and knitters.

p.s. It is late at night in Australia.  Pic captions and credits when the sun rises on the Yarra river.