Move Over in the Bed Baby Boomers, Make Way for Millenials 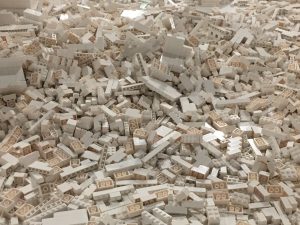 Woke up this morning worrying about earthworms. In a landscape increasingly covered in concrete, how do they breathe or mate?  Without oxygen, worms suffocate. Earthworms breathe through their skin and come up to the surface at night to mate if they feel so inclined. 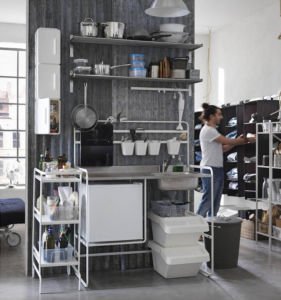 Over breakfast, as is my wont, I percolated the news. “Ikea’s 2017 Catalog (sic) is a terrifying glimpse into the tiny apartments of the future” says John Brownlee of  Fastcodesign.com. “Time to move to Alaska, kids. The cities are officially full.”

In an article well supported by photographs and text from the latest Ikea catalogue, Brownlee reacts with horror to a vision of future living, where one eats a solitary meal at what is essentially a hall table – because one’s apartment is so small there is no kitchen/dining table. One sleeps on a bed settee which is folded up during the day and if one has children they sleep in a bunk in the living room.  Aaarrrrgh!!! Hell!!!!!  (Multiple exclamation marks, like swear words, are allowed in text provided the emotion being conveyed is strong enough. There are not enough exclamation marks in all of the interweb to aptly illustrate the strength of my emotions regarding children sleeping in one’s living room.) And yes, I have huge sympathy for, and support, the displaced and refugees.

It’s true. There are too many of us to fit into the concreted spaces of cities. Barcelonistas are complaining that there are too many tourists, the city, its Ramblas and beaches, is overrun. Dublin last week was JOINTED! Admittedly, there is a poll mór in the streets for the new tram line, but one has to jostle crowds to get past Trinity. Seekers of solitude and truth visiting Yosemite National Park this year have found queues and garbage and snack-slurping sloths taking photographs on iPads held up to the sun (“Where was I on my holidays? I’ll tell you when I look at the photographs”). A friend visiting the Giant’s Causeway this weekend was bitterly disappointed that she couldn’t see the place for all the people jumping over the stones.

And you know what? It isn’t the fault of the Millenials….(this time). it’s the Baby Boomers. There are just too many of us living to great ages and not having the common good manners to well….die, and leave room for others. In any art gallery or museum in the middle of the week, you will see that this is true. I couldn’t get a single seat at a table for lunch in a gallery in rural Denmark in April (or for that matter, in San Francisco last year) because the entire place was full of…..people like me. 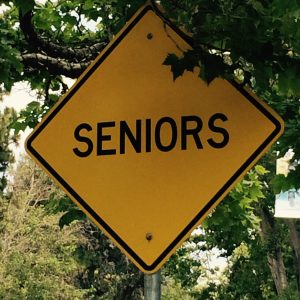