The Secret Life of Diarmuid Gavin 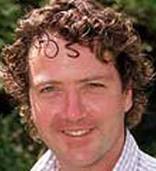 We know him as a horticulturalist, television presenter, author, Honorary Doctor of Art from Nottingham Trent University, and last month, winner of the Gold Medal at Chelsea Flower Show for “The Irish Sky Garden” (in partnership with Fáilte Ireland and the City of Cork)……but there is another Diarmuid Gavin. Secretly, while everyone thought he was working on his Chelsea exhibit, he was actually in Italy, running a political campaign (shock, horror.) 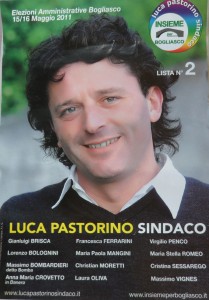 The other Diarmuid Gavin is the new Mayor of Bogliasco in Liguria, and in the May election, he won by a….er….landslide. He has changed his name, but in both his name and his election manifesto, anyone can see the link to his alter ego: In Bogliasco, Diarmuid is known as Luca Pastorino -a very good name for a gardener – and his platform “health, young people, road, sea, land and security of the elderly with special attention to the valley floor“…aha!

In his persona as Luca Pastorino, Diarmuid Gavin – who is purportedly afraid of heights – rides around the precipitous hills and vertiginous viaducts of the Ligurian Riviera on a motor scooter to carry out his mayoral duties and official engagements, the green white and red rosetted sash of his office neatly stashed under the seat.  It is also obvious that the inspiration for his award-winning “Irish Sky Garden” was not West Cork, but the blooming hedges aglow with hibiscus and oleander, the window boxes of tall houses and flower beds in narrow streets, the verdant hillsides and lush natural vegetation of his adopted territory.  I can also exclusively reveal that Diarmuid/Luca  smokes, describes himself as a democrat and is a card carrying member of Genoa GCF (the Genoa Cricket and Football Club.)